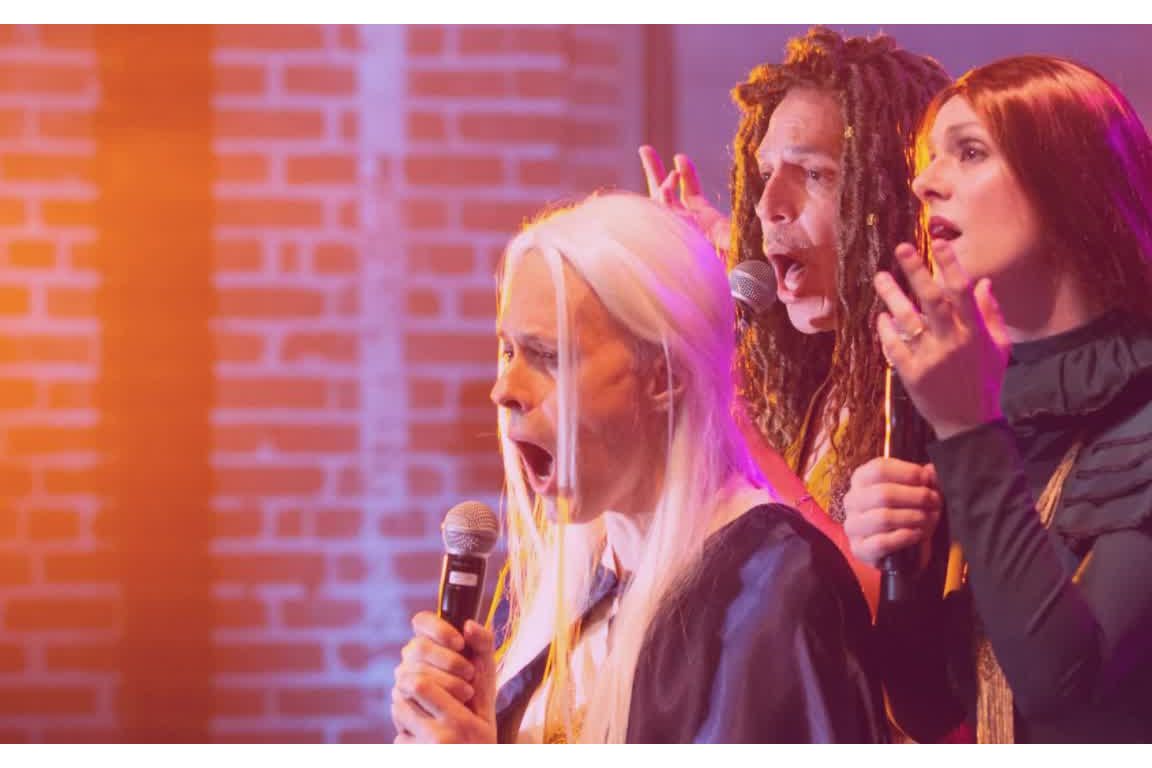 “The black box theatrics that snuck into the white cube.” This is how the three-person art collective My Barbarian described itself art forum. The three are masters of their “Showcore” concept, which the Whitney Museum of American Art describes as “an uncanny theatrical mode that uses genre play, storytelling, and alter egos to reimagine contemporary fantasies.” The members of My Barbarian – two UCLA alumni, Malik Gaines ’96, Ph.D. ’11 and Alexandro Segade ’96, MFA ’09, and teammate Jade Gordon – embodied all of these creative methods and more. for two decades. Their works incorporate DIY rock, Marxist critical theory, psychoanalysis and performance art, in addition to theatricality, visual art and video.

Watch an excerpt from silver spirits

silver spirits is part of dual futurethat My Barbarian played in February at the Whitney.

A recent survey of the Whitney in New York captured the band’s career trajectory to date. The exhibition ended with dual futurea dual program performance that premiered at REDCAT in Los Angeles in 2006. The two acts, You were born poor and poor you will die and silver spiritsaddress issues of class struggle and environmental collapse and may be even more relevant today than when first performed.

As an art student at UCLA, Segade worked in the interdisciplinary studio program with professors such as Mary Kelly, Andrea Fraser, Lari Pittman, and current Art Department Chair Catherine Opie.

Courtesy of my barbarian

Gaines, the son of leading concept artist Charles Gaines, studied history as an undergrad and returned to UCLA for a doctorate in theater and performance art. Now an associate professor of performance studies at NYU Tisch, Gaines says, “I was a black kid in a white society who was alienated and confused. I benefited from the affirmative action policies in California, which made UCLA a much darker space at the time. When I came back for graduate school, it wasn’t the same.

How have these artists created together for more than 20 years? Gaines thinks the openness and risk-taking of the project has buoyed them up. There is immense respect between the three.

Over the years, they’ve performed “in the craziest places — a KGB jail cell in Lithuania, a boat at Harbourfront Center in Toronto, a townhouse in Cairo,” Gaines says. “We’ve had a lot of really intense experiences together, so we’ve been able to grow together and keep that communication going.”

The final part of the Whitney project is yet to come. A newly ordered teleplay, pink birdfollows the career of the first female Chief Justice of the Supreme Court of California and will premiere in late 2023. The entire exhibition will be presented at the Institute of Contemporary Art in Los Angeles next fall.

A roundup of spring theatre, arts and music