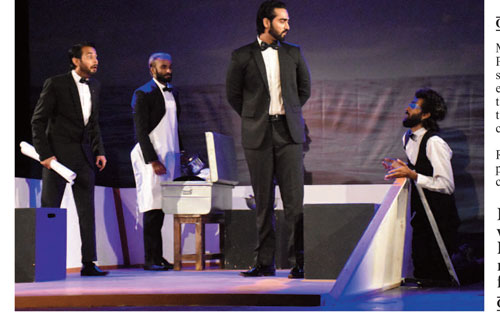 The play “out at sea” was presented by Pakistan Karachi arts council at studio ii. The play, written by Polish theater writer Sławomir Mrozek, was presented in English.

A large number of theater-goers enjoyed the great performance of the artists. On this occasion, Theater Director Zeeshan Haider said that our aim is to bring theater lovers back to the theater and introduce theater from around the world to Pakistan Karachi arts council.

Note that the theater “at sea” will continue until September 19 at the Arts Council of Pakistan Karachi.