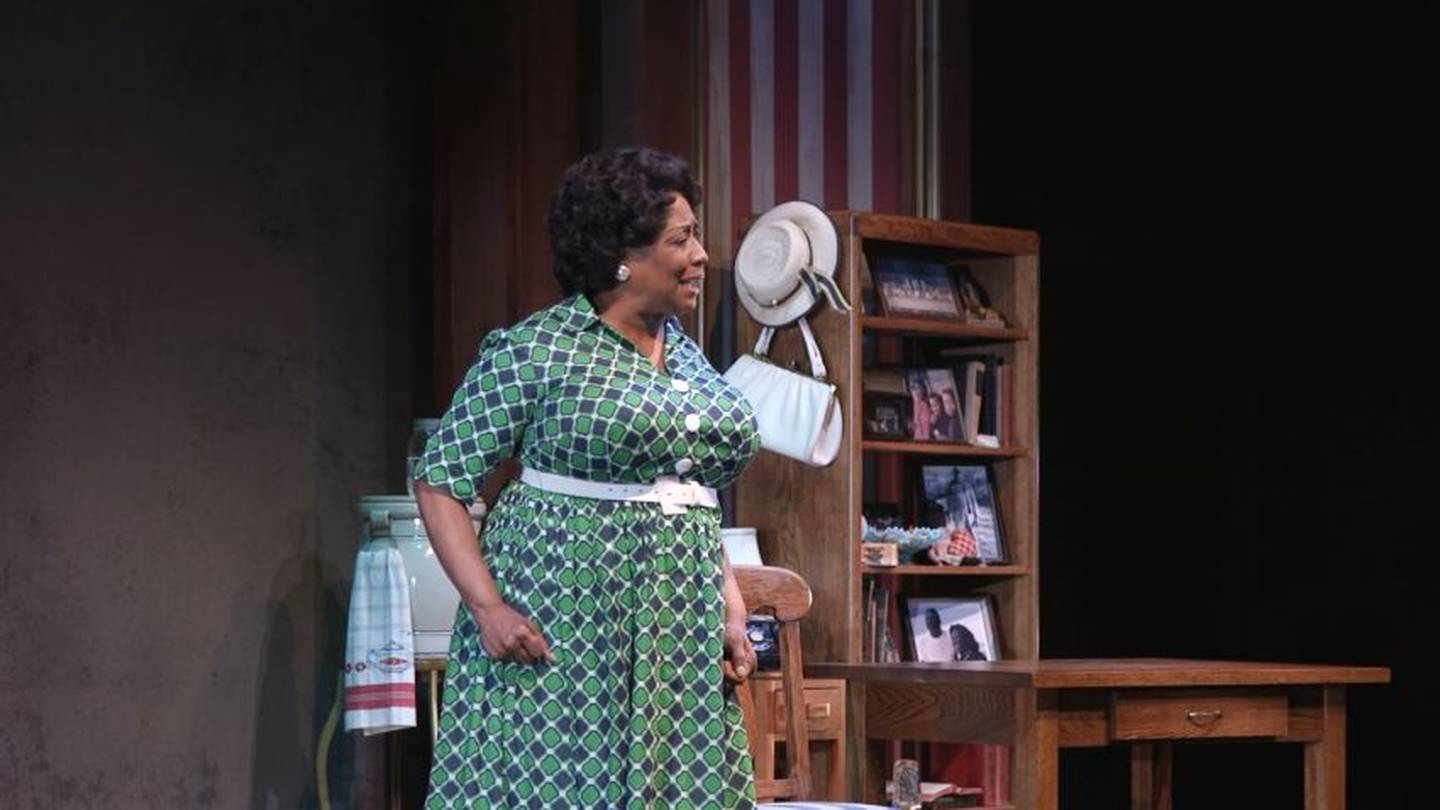 SEATTLE — A powerful new play at the Seattle Repertory Theater shines a light on a largely unsung black leader and her courageous fight for the right to vote.

Hamer bravely fought for the right to vote during the height of the civil rights movement, enduring repeated beatings and constant threats to her life.

For an hour and 10 minutes, nearly 2,500 miles from her Mississippi home, Fannie Lou Hamer holds court.

She was brought back to spectacular life at the Seattle Repertory Theater by veteran Chicago actor E. Faye Butler.

It was dangerous even to talk about the right to vote in 1960s Mississippi. There were the daily death threats, the brutal beatings, often by the police.

“Three white men came to my cell,” Hamer said. “One of those men was the State Highway Patrol. He said ‘we’re going to make you wish you were dead.’

“I came across his story,” West said. “And while I was researching this other project, she kept coming back. And I thought what a fascinating woman, how much courage and resilience she had.

“So, I thought it would make a great room. And a one-woman piece because I wanted to be in her vernacular and with music.

“She says in the play, ‘Women have been behind every human rights movement around the world,'” West said. “So we have to recognize that.”

West says especially for black women, who are among the least recognized.

“Yes,” West said, “the least recognized, the least protected, as you see on the show, and the least honored at times.”

And reminded us of the power of his words.

Like any Seattle Rep piece, “Fannie” is on stage here for just a few weeks. But the people who leave this theater tell them about the impact of this story from the past that looks so much like the present.

West was asked what she hopes audiences take away from her play.

“Hopefully we’ll take what we need to vote,” West said. “If we want change, if we want to keep hoping for a better America.”

In memory of a woman who risked everything for us.